Your delegates and the statutory role of the Staff Association 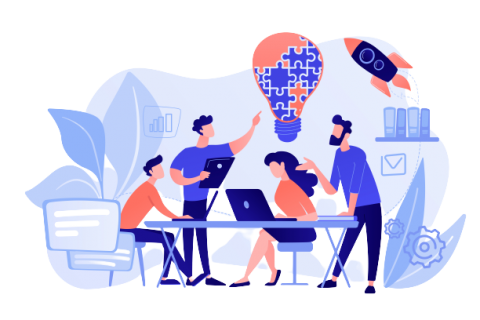 In an Organisation like ours, the rights that govern our employment and working conditions are different from those applicable if we were working for an employer in one of our Member States, which is subject to national laws.

In this latter case, the employer pays wages; and you have the guarantee to be able to obtain health insurance, unemployment benefits when necessary, pensions, etc. And, more importantly, you have an effective civic life. Indeed, in our home countries, when we are not satisfied with the government in place and its policies, we express our opinion through a vote, through which we can change our government if a majority of voters wishes to do so. On top of that we elect city councilors, MPs, and even a new President. All these elected people have a legitimacy to influence our daily lives.

For example, in Switzerland or in France, we elect national councilors or MPs, who then participate in the work in various committees, including a Legal Commission, which prepares the texts of future laws. In the plenary session of the Assembly, they will vote according to their sensitivity, for or against each piece of legislation presented. The democratic process is thus guaranteed. In general, the unions are consulted during the concertation process, but they have no legislative role.

In the world of international organisations the situation is different. Whether we like it or not, the Member States, after a political choice, impose a personality (the Director-General), who will, together with his/her team, lead the Organisation during a given time (usually five years at CERN), for the happiness of its staff, or not. This is the fundamental difference between our “international” and the “civilian” world, that of everyday life.

At CERN, as in other international organisations, there are no presidential elections, no parliamentary elections, and therefore no MPs. Or rather there are, but unknown to you. There are your staff delegates.

Indeed, although international organizations function differently, this does not mean that they do not have to comply with certain fundamental rights. These are recognized by international law, which forms the basis of the rules that determine the general framework of our employment and working conditions. These rights include, among others, staff delegates to be officially recognized  as a social partner.

So, when you choose your delegates to the Staff Council, in a way you elect your “MPs”, those who will carry your ideas and aspirations to our decision makers, with a certain level of success, depending on the case.

At CERN, there is no union; the Staff Association is a professional organisation. However, in accordance with the Staff Regulations and Rules, it is the Association's role to participate in the drafting of our statutory and regulatory texts, both during the concertation process and subsequently in the implementation of decisions taken by the Council of the Organisation.

Therefore, it is very important to always have this concept in mind when choosing your delegates. These are not just colleagues, who give advice or organize demonstrations every now and then (often the ultimate way to influence decisions with Management), but most of the time they work hard in the shadows. Indeed, they spend long hours reviewing and discussing new regulations. They discuss the “laws” that govern us in every aspect of our lives, or almost. Indeed, at CERN, everything is kept in a single hand (wages, career, health insurance, pension, etc.), that of the CERN Council. Consequently, to defend our rights properly, to have delegates who have a global view of all these parameters and who work in continuity.